The team at Fortunity had the great pleasure of sponsoring the Inaugural Surf Life Saving Central Coast Club Conference on 25th June, 2016.

The team at Fortunity had the great pleasure of sponsoring the Inaugural Surf Life Saving Central Coast Club Conference on 25th June, 2016. 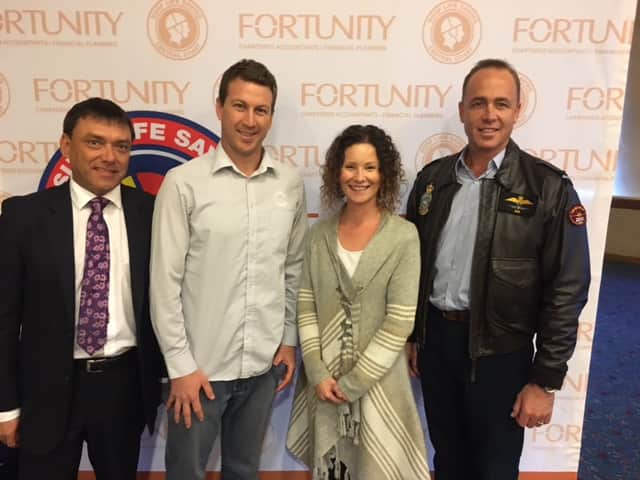 We mingled amongst all 15 clubs in attendance to have a day of education, enlightenment and information on how to make our local clubs better and more innovative. Amongst the presenters was Surf Life Saving NSW President, David Murray.  His message was welcoming and reiterated the importance of coming together as one cohesive unit.

We had the great pleasure to host and hear from Phil Chipman, Club President of Mermaid Beach AEME SLSC.  Phil took the group step by step through their journey from its inception in 2011, to 2015 when through their efforts and transformation, they won both Queensland Surf Club of the Year and National Surf Club of the Year.  During this period, Mermaid Beach made massive changes to their processes and policies and set a strategic vision for the future.  It was incredibly motivating for all the clubs to hear of their success.

We then heard from Fortunity Director, Paul Bolton.  Paul’s message was about reinforcing the need for consistency and uniformity and that there are other ways of making our clubs more viable into the future by identifying alternative revenue streams.  Paul also outlined the challenges we face and the opportunities that we can leverage from.

We then had a presentation by Air Commodore Steven Roberton.  Steven is the Commander of Air Combat Group based in Williamtown and a former Bribie Island Junior.  Air Commodore Roberton spoke to the group about responding to challenges and seeing them as opportunities.  He also spoke about how to continue even when faced with adversity.  We all walked away inspired from his speech on Saturday.

We also had a session with Chris Holstein, former State Member and Gosford City Council Mayor.  Chris spoke about the importance of remaining focussed on what the clubs need to do going forward and the value of engaging with Central Coast Councillors now and into the future.  He highlighted that although change is happening, we can still leverage from these relationships.  He also encouraged the Executive group to continue to invite Councillors to club events and leverage from these well formed and established relationships.

The day was a wrap after Brett Quince, SLSNSW Quality Club Officer, presented on the Club Sustainability Model.  This model will help each club to operate in a consistent way ensuring that each have a clear direction and meets all standards set by SLSCNSW, the Australian Taxation Office and the Australian Charities and Not-for profits Commission, to name but a few.  Our clubs all have obligations and this model can ensure they are met.

Overall it was an inspiring and motivating first Fortunity SLSCC Club Conference and we look forward to sponsoring and participating in the future.

If your organisation needs our Accounting or Financial Planning guidance please call today on 02 4304 8888.